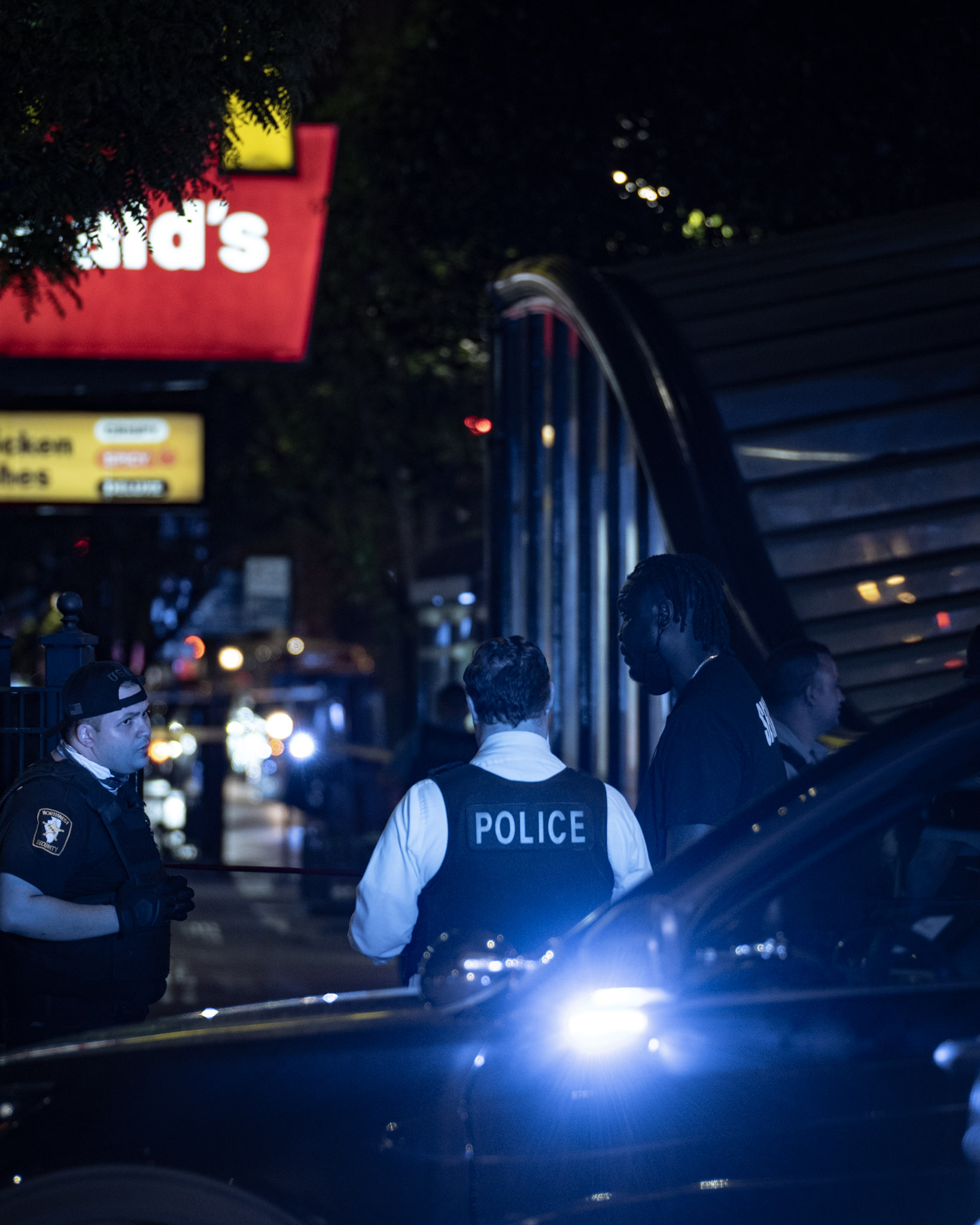 Seams to be like another beautiful spring night in Chicago. Taking the blue line train at Chicago station and taking off at Washington station. It’s around 10:40 when I enter the red line train at State/Lake station.

Right before the Grand/State train stops…

…in the middle of the tunnel. It happens, that train loses power for a few second and get right back on, I experience it many times throughout 7 years of living in Chicago, but the train is still standing after 5 minutes.

After another 10 min, the conductor said that we are standing because of “Police activities“. Another 10-15 min and 2 CTA workers showed up to open the windows for us, they mentioned that someone get shot on the train!

We are not told what to do, people are impatient, and someone opens the door and walked out of the train. I thought that is a good idea, and actually, I thought about taking some unique photos, it happened that I got my camera on me! (See below).

We were standing around 100m from the station! There are a lot of fire department people, same at the ground level, tens of police cars and fire department tracks, and an intersection of States and Chicago Ave. is blocked out.

Later I found out that 2 people were killed around 10:45 in front of McDonald’s this intersection and 8 were wounded.

Those things are happening in Chicago pretty often but it is not that usual in River North. Seeing it so close was a shocing experience. Let’s keep all victims in our prayers and their families too. 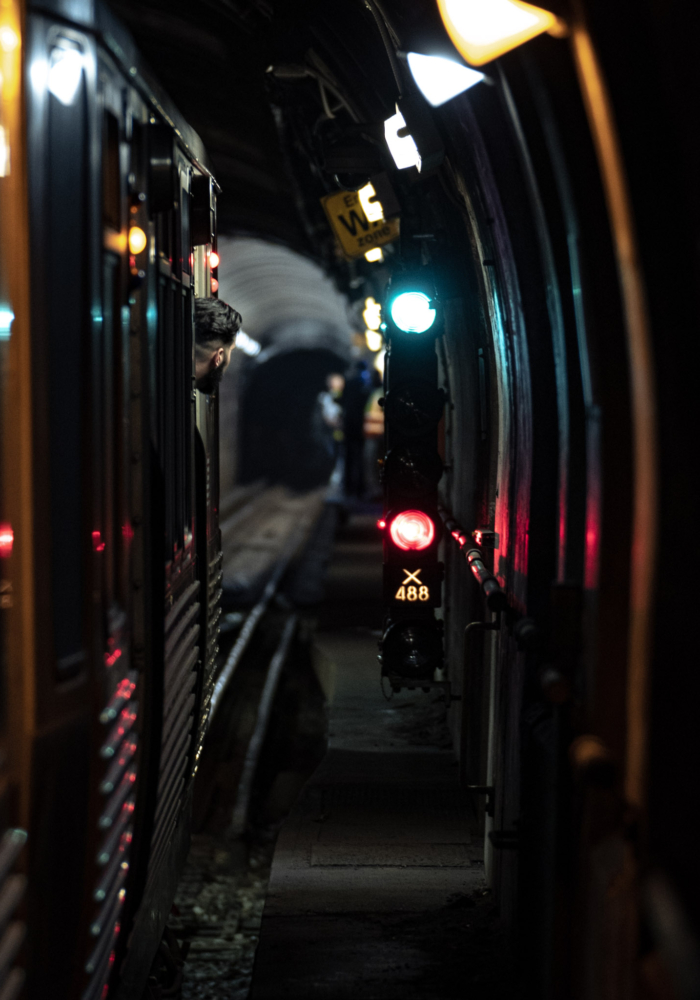 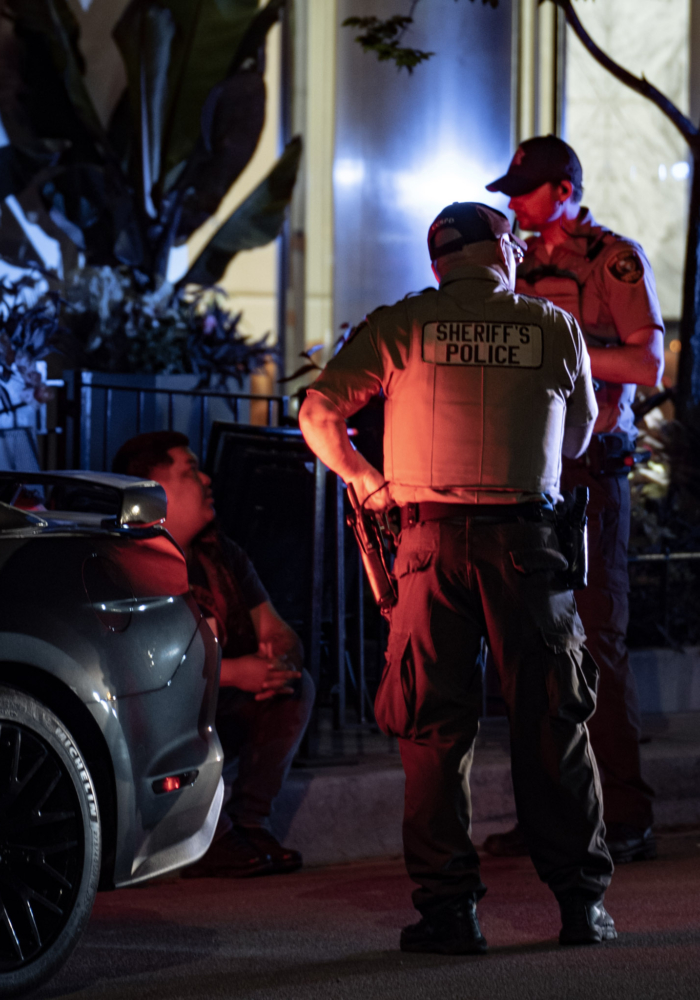 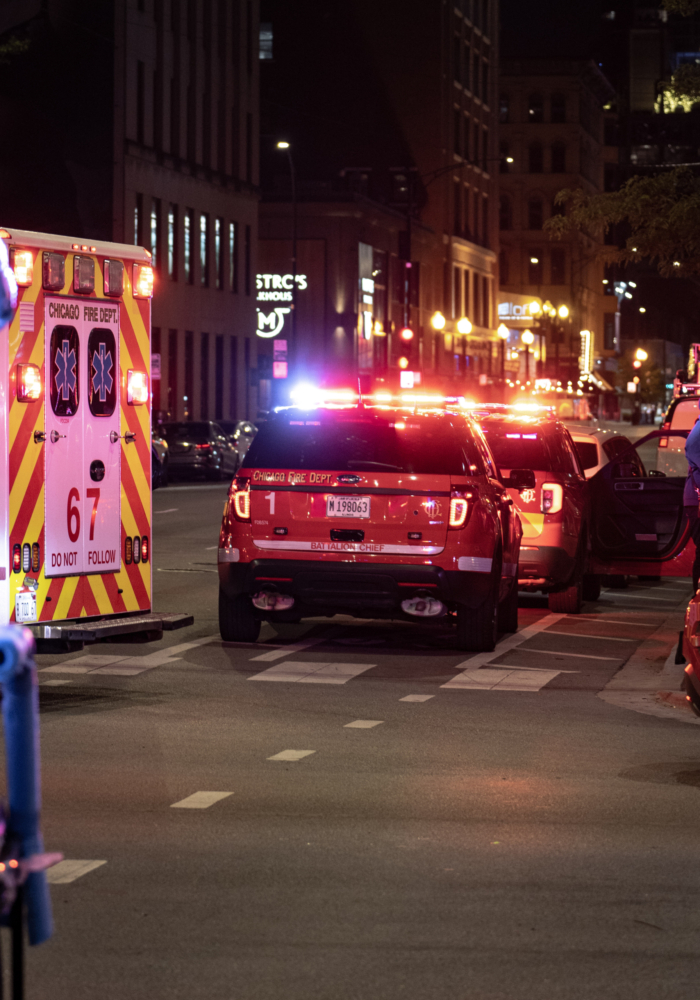 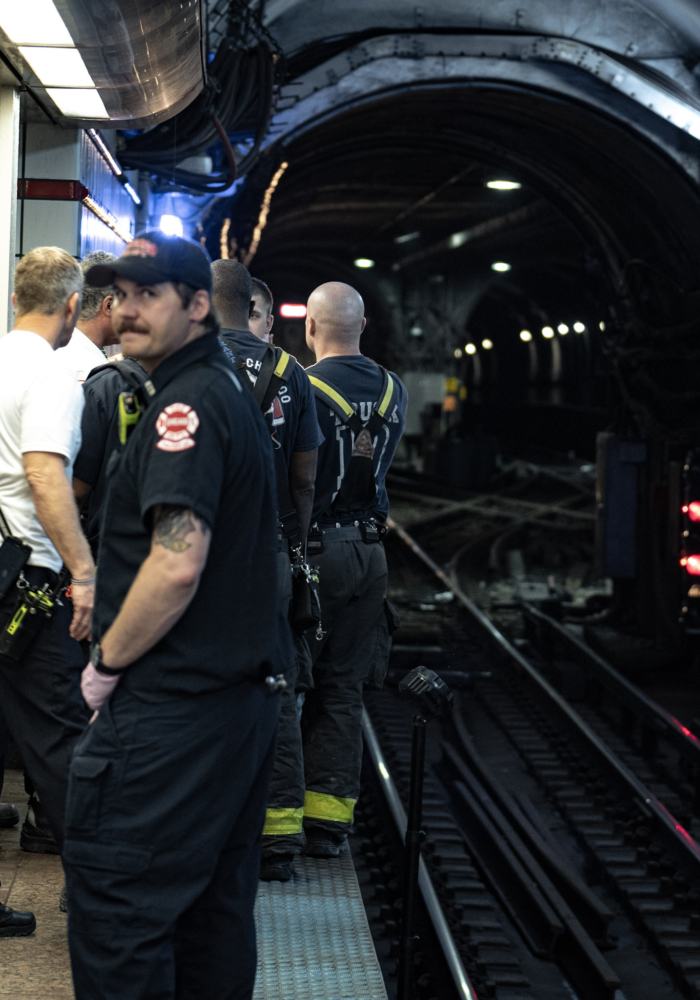 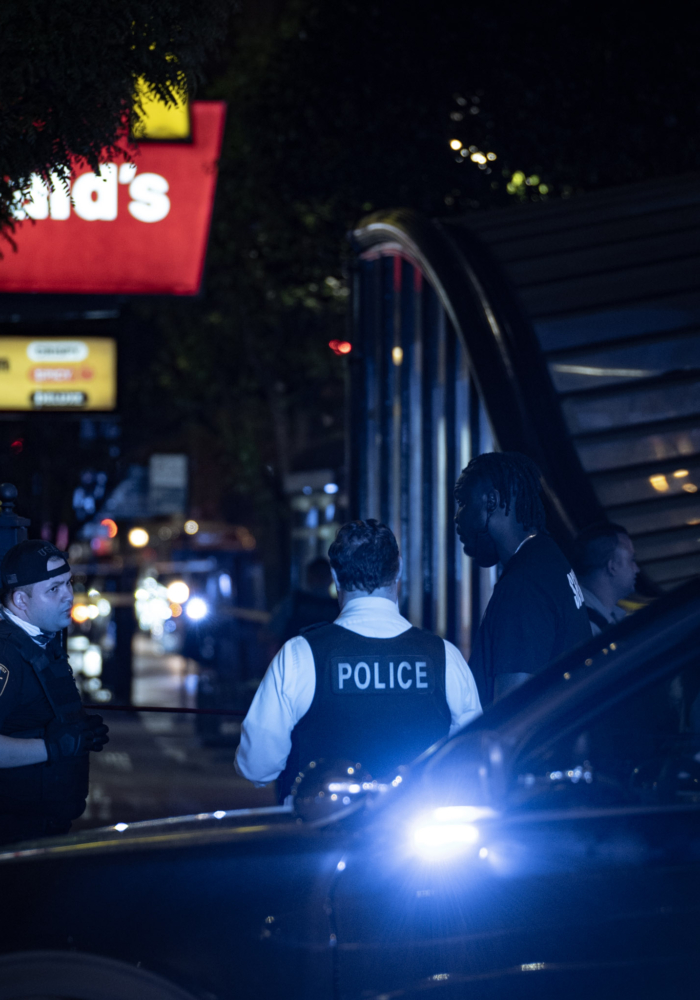 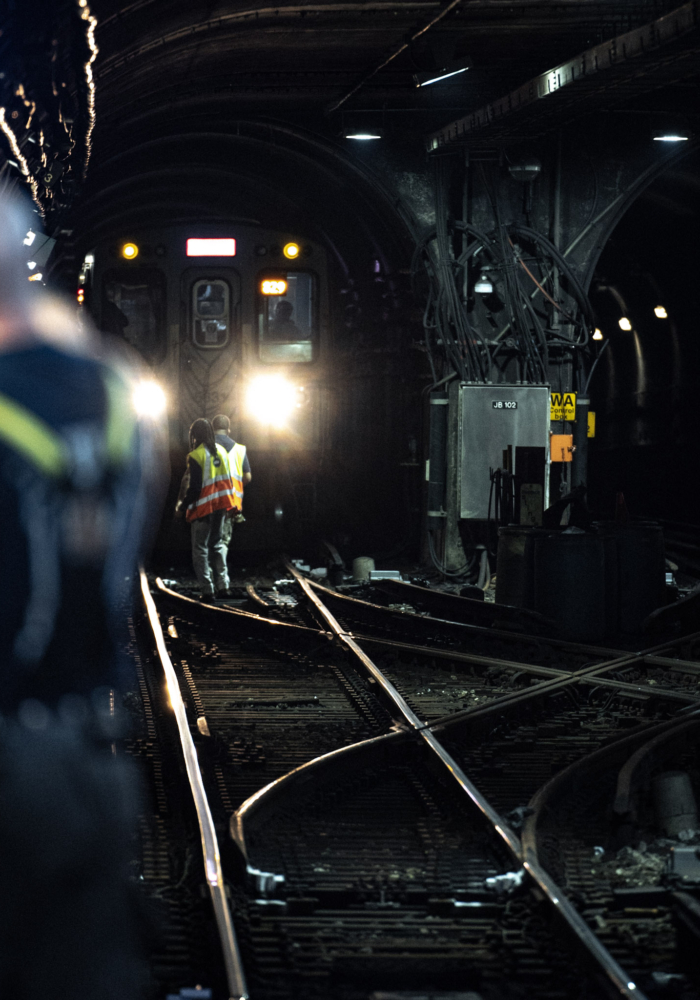 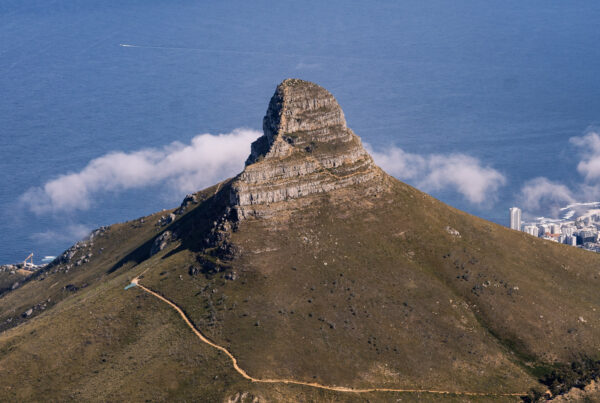 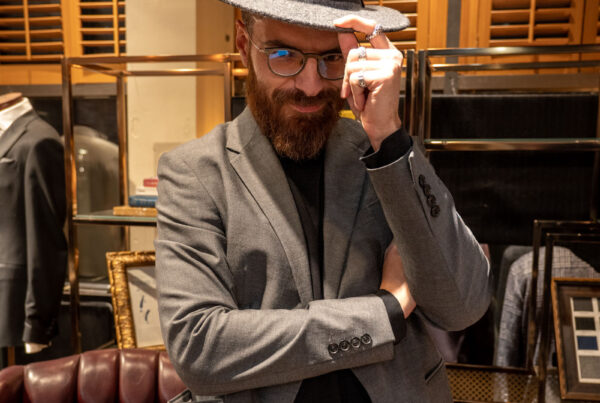 Custom Suit or Shirt? Only Nicholas Joseph in Chicago! 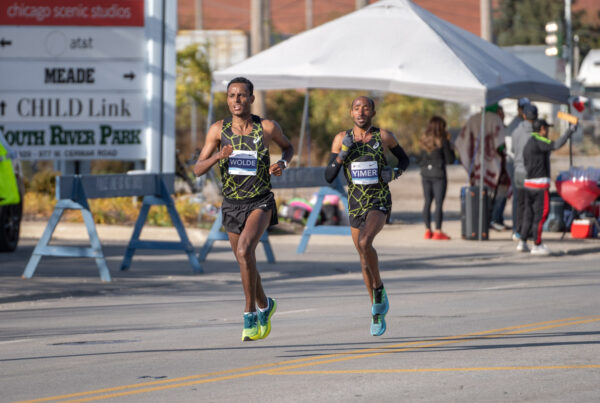